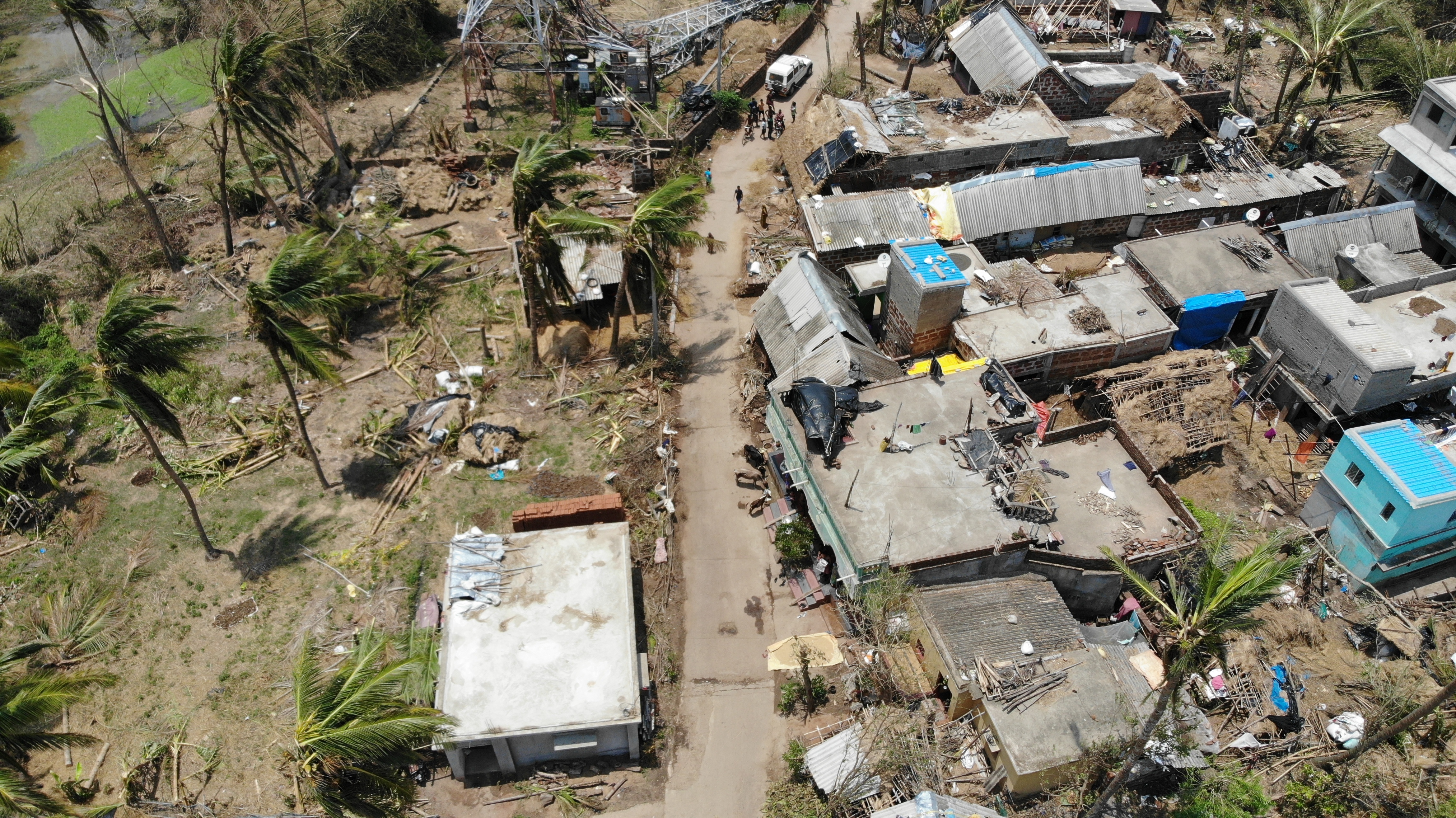 From ADRA – 9 May 2019 | Assistance for food may take a while as survivors of Cylone Fani (pronounced “foe-nee”) in India and Bangladesh recover.

INDIA
Since tropical Cyclone Fani made landfall in the Odisha State of India on May 3, many people have been grappling with water shortages and power cuts. The cyclone has also been blamed for the deaths of 29 people.

“Storm casualties could have been worse, but thanks to evacuations of more than 1 million, many people were saved. Now that the storm is over, people are returning to their villages and houses,” says Weston Davis, country director for ADRA in India. “But many of the thatched houses and semi-permanent houses were blown away during the storm, leaving some people still in need of temporary shelter.”

Davis also says that many households could not store any food due to power outages, and have become dependent to get food from community kitchens organized by the government.

“Fishermen have lost their boats and will take at least a month to repair some boats, while many are beyond repair,” says Davis, “As for farmers, they’ve lost a lot of crops, and as agricultural labor was their income generating source, there may not be any jobs for them for a while.”

ADRA in India is working with other humanitarian agencies to coordinate ongoing needs assessments. So far, over 120,000 shelter kits are en route to the coastal town of Puri in India, where communities were hardest hit by Fani.

BANGLADESH
By the time Cyclone Fani left India, the storm was downgraded to a depression. Locals in Bangladesh, where the cyclone also hit, are being advised to remain alert for storm surges, as severe flooding could still occur from the heavy rainfalls.

ADRA in Bangladesh has been working to provide aid also to the Rohingya refugees in Cox’s Bazar since 2017, and though the storm passed through the Rohingya camps, the people are reportedly okay. In order to identify immediate and greatest needs, ADRA in Bangladesh is working closely with local authorities and partners to get people affected by the cyclone: food, make-shift shelters, safe water, medicine, and clothes.

Volunteers from the Adventist Church have been working with ADRA in Bangladesh to help assess the situation and find out what urgent needs families affected have. ADRA plans to start distribution in the districts of Bhola and Patuakhali.

In a news release by ADRA in Bangladesh, Syed Abu Saleh, ADRA Bangladesh communications and public relations officer, shared appreciation for the church volunteers and appealed for funding assistance to help communities most affected by Cyclone Fani.

He says, “You are a valuable member of our emergency response team. In emergencies like this, your gift is vital in helping those severely affected by providing them life-saving equipment like hygiene kits, temporary shelters, and other urgent resources.”

Donations to ADRA’s emergency funds can be made at ADRA.org/Disasters.