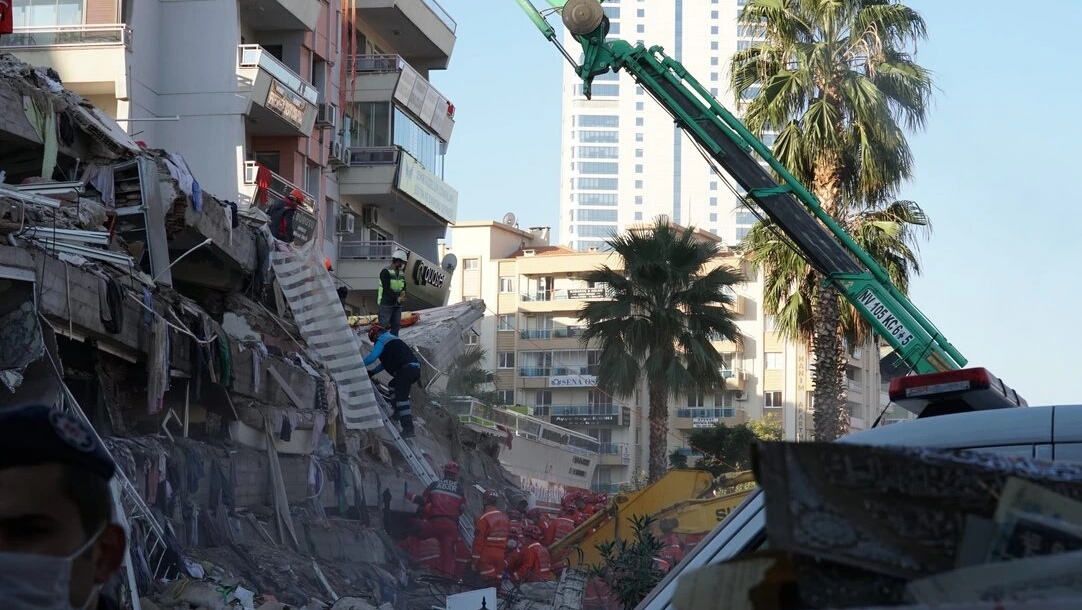 From ADRA — On October 30, a powerful earthquake struck the Aegean Sea rattling the countries of Turkey and Greece. It was felt as far away as Athens and Istanbul. Turkey and Greece are located on or near many active fault lines, where earthquakes are fairly common in the region, according to the US Geological Survey.

The 6.9-magnitude earthquake caused the most damage to Izmir, the third largest city in Turkey, with a population of approximately 4.37 million, according to the Kandilli Observatory and Earthquake Research Institute. As many as 1,120 aftershocks occurred, with 43 of them at a magnitude greater than four. According to local sources, more than 100 lives were lost, and more than 900 people were injured.

“This latest earthquake is being called the deadliest to hit Izmir this year. A total of 973 buildings collapsed, and of those damaged, 178 have been evacuated and scheduled to be torn down, and some are still on the verge of falling,” says David Jones, president of the Seventh-day Adventist Foundation. “The government has issued a mandatory order to evacuate apartments that have had cracks in the framework to minimize further casualties.”

The Seventh-day Adventist Foundation teamed up with the Adventist Development and Relief Agency (ADRA) to offer ground support.

“ADRA does not have an office in Turkey, but aid was greatly needed so we connected with the Seventh-day Adventist Foundation who was in the country. We agreed to have the foundation work with the local municipality and authorities in Izmir, and help provide food vouchers,” says Mario Oliveira, ADRA’s director for emergency response. ADRA and the Seventh-day Adventist Foundation are also in talks to coordinate needs assessments.

Meanwhile, search and rescue efforts led by local authorities have been underway to locate people trapped under rubble. So far, more than 100 people have been rescued. Blankets, beds, hygiene items and more were distributed by Turkey’s Disaster and Emergency Management Authority, and over 3,000 tents have been set up by supporting agencies on the ground for people who have been left homeless.

ADRA Reaches Out to Greeks Impacted

The powerful earthquake also affected Greece, which left roadblocks, damages to buildings, and over 300 houses uninhabitable. The tremor also triggered a mini-tsunami that flooded local streets.

“People are afraid to go back into their homes or into buildings because the aftershocks continue. Since October 30, Greece received over 200 aftershocks,” says Despina Tologlou, ADRA’s country director in Greece. “Expectations are high that there may be the possibility of another earthquake to occur in the next days.”

ADRA began needs assessments as they spoke to Greeks who were affected by the natural disasters.

“A 58-year-old man told us he lost his wife a day before the earthquake struck. During the quake, his house was completely destroyed and now he lives in a tent taking care of his handicapped son. He was very distressed,” Tologlou says.

The island of Samos, which has a population of more than 30,000 people, received the most damages, according to Tologlou. In total, 19 people sustained injuries and two casualties were reported.

Local authorities in Greece are providing small tents and warm meals for the homeless and have begun damage assessments. A refugee camp on the island of Samos was also impacted, and unrest has begun to stir among the camp.

“The need is great, and people are in want of food, sleeping bags, hygiene kits, and more,” says Tologlou. “As time progresses, we are doing all we can to help bring relief to the most vulnerable.”

ABOUT THE SEVENTH-DAY ADVENTIST FOUNDATION

ABOUT ADRA
The Adventist Development and Relief Agency is the international humanitarian arm of the Seventh-day Adventist Church serving in 118 countries. Its work empowers communities and changes lives around the globe by providing sustainable community development and disaster relief. ADRA’s purpose is to serve humanity so all may live as God intended. For more information, visit ADRA.org.