A Powerful Statement on Women’s Ordination and Discrimination

This statement was made by NAD Excom member Marcia Moore on the floor of the NAD committee meeting today. I was so inspired by it that I asked her for a copy. LGS

I am grateful to be a part of the Columbia Union, that has acted on conscience and principle. Based on the results of the votes that I have seen in these meetings, it seems that the list of those receiving a warning should have been longer.

Debra Brill told a story at the beginning of the worship message this morning that reminded me of my family’s experience. My great-grandmother was a Seventh-day Adventist who moved her family from New York to Virginia. She and her children went to worship at the Seventh-day Adventist church nearest to their home, but they were turned away. They were told to go and worship at the church for colored people across town. My great-grandmother could not travel that distance with her children every week, so she decided to join the Baptist church that accepted her family. Many of my family members never came to accept the truth about the Sabbath after that experience.

We will never know the full impact of the decisions of our church to discriminate. It is hard to comprehend the fact that many of those decisions at that time were accepted by the church, based on what they thought the scripture meant. It is widely accepted now that it was clearly a misinterpretation. It is even more difficult for me to understand why so many people who did not believe the same went along to get along.

My issue is with the leaders in this room who believe that the General Conference vote to continue discriminatory practices is wrong, but they still do not recommend women for ordination in their conferences, or vote to ordain them in their unions.

To know the right thing to do and not do it is a sin. Quite frankly, and I say this in love, I do not understand how some leaders can come here year after year and talk about the discrimination against their predecessors who were not allowed to eat in the General Conference cafeteria, or speak against the terrible acts of discrimination that they personally witnessed, but still go home and say that their hands are tied because they can’t go against a General Conference vote against women’s ordination.

The General Conference didn’t take away our right to choose to do the right thing. God gave us that right, and He never took it away.

Please continue to teach your constituents what the Bible says about spiritual gifts, unity in Christ, and discrimination. Fix your bylaws to avoid legal ramifications, and hold a vote in your unions to give women ministers the same credentials that male ministers receive. 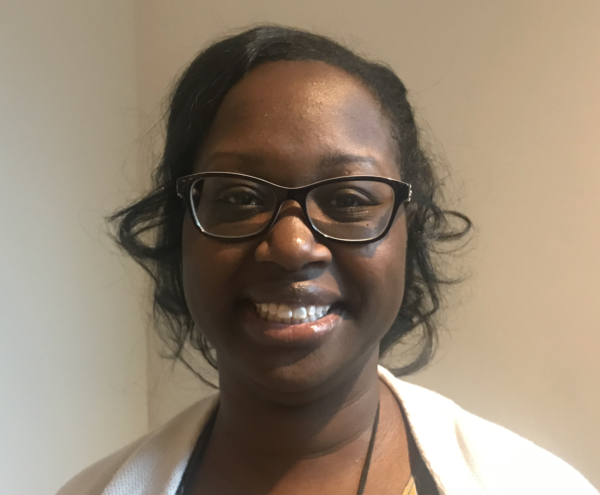 Marcia Moore is an educator, having worked as a teacher, instructional coach, and education researcher. For the past ten years she’s served as a member of the Columbia Union Executive Committee, and as a layperson on the NAD Executive Committee for three years. She has a passion for serving God in any capacity He chooses.