A Parable of Bottles 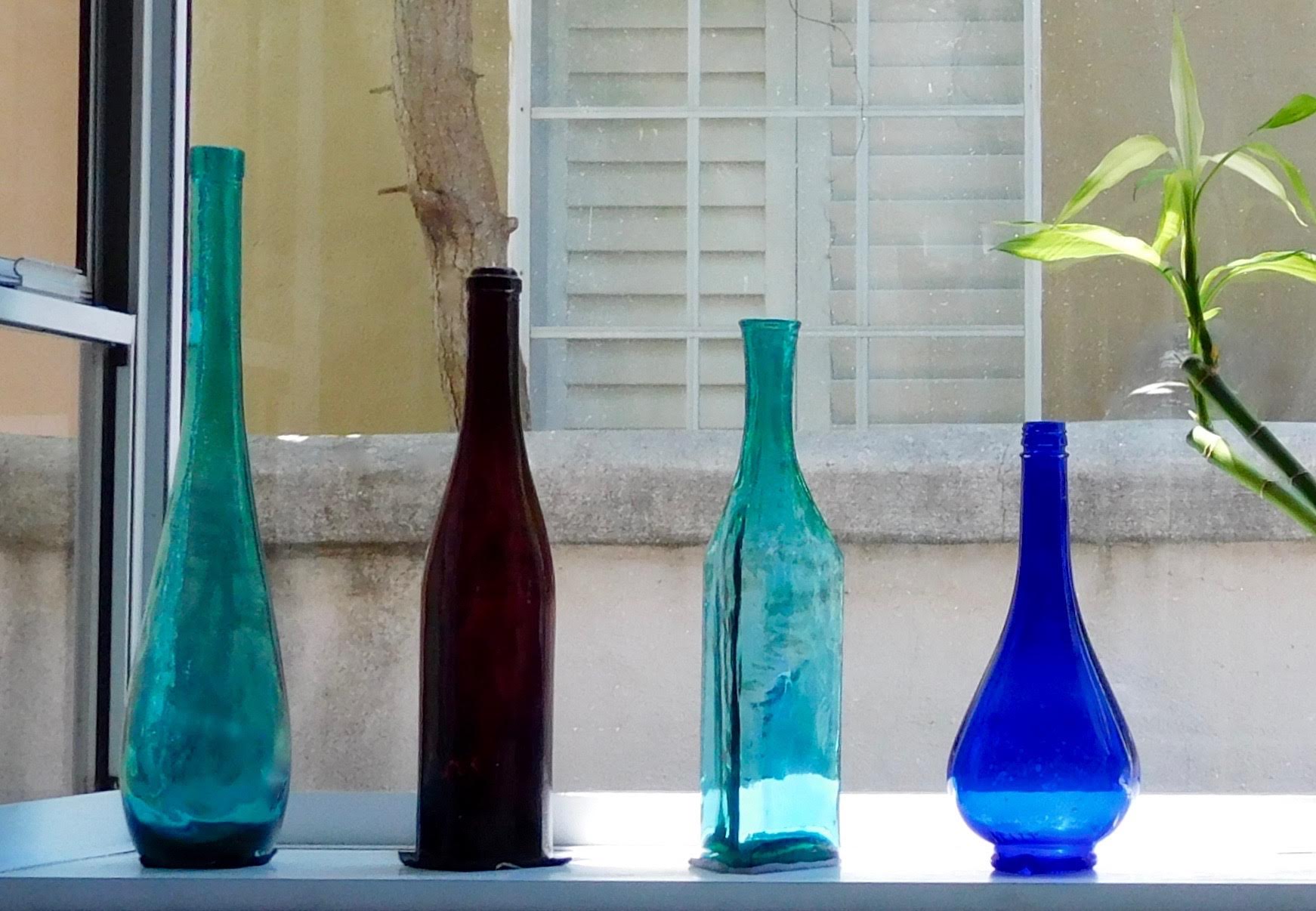 The two fixed windows mounted high on the west wall of the master bedroom of my townhouse were problematic.  Light poured through with intensity, particularly during summer (at which time it was often accompanied by intense heat), in the afternoon and early evening.  Too much light, in fact, but I did not want to totally block it, for at certain times of day, in other seasons, it was nice to have some natural illumination.

After mulling the matter over and searching various stores, I located some bottles—three teal and three maroon—of different heights and shapes.  The bases of two were circular; two square, and two equilateral triangular.  When light traversed their somewhat uneven, coarsely textured glass (to me, part of their appeal), their colors brightened, became more vivid and intense.

Mounting a long extension ladder with not a little trepidation, I placed them on the windowsills, three per window, after attaching Velcro to their bases, in event of earthquake.  I also applied some contact paper to the interior of the windows, which reduced transmission of light.  It remained this way for some years before I vacated the premises several years ago.

After renters moved out this mid-year, I decided to sell the townhouse.  One of the things I did in preparation was have the interior professionally painted.

Painters removed the bottles, the better to access the windows.  As I inspected their work, the bottles lay on their sides on the new carpet in a position I’d not observed before.

Upon closer examination, I noticed that thick dust had accumulated upon some of their surfaces.  It had been years since they had been anywhere other than sitting on the windowsills.

I was pleasantly surprised at how easily the dust came off with a wet rag. Original colors were preserved, as was integrity of the bottle itself.

I had no way of returning the bottles to the high bedroom windows (I no longer had an extension ladder), and was unsure a prospective buyer would share my fondness for the bottles, so I took them home and placed them on the sill above my kitchen sink, beyond which sits a glass window box.  Here they can continue to be illuminated by afternoon sun, which, closer to the coast, is no less intense but accompanied by less heat than inland.

It occurs to me that perhaps this is akin to the interactions of the Almighty with us.

If we are willing, He will wash away the dust/detritus that covers us, revealing our once pristine condition. 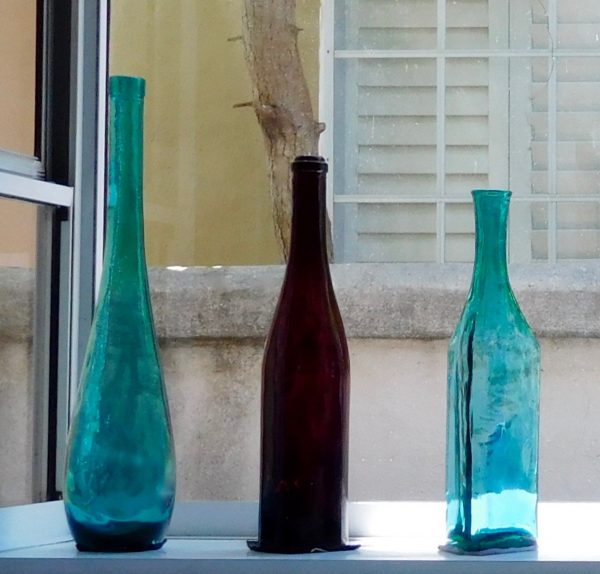 Then, if we allow His light to shine through us, our original color will be enhanced, intensified and brightened.  We will be made translucent by His sunlight/Son light. 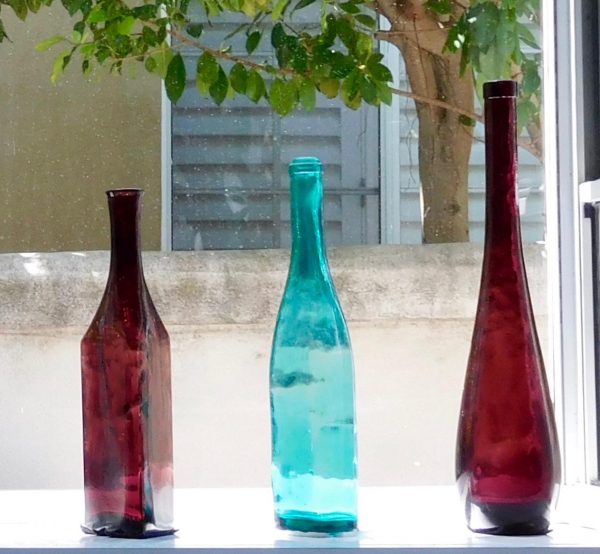