An Open and Frank Letter to My Church’s Leaders

Dear Church Leaders in the South Pacific Division and the Australian Union Conference:

This morning I was reminded of a quote attributed to Martin Luther King Jr.: “There comes a time when silence becomes betrayal.” Challenged by these words from a great man of God, I must speak.

I was silent as a child, when I noticed that only men were allowed on the church pulpit during the “divine service” and wondered why.

I was silent as a teen, when I observed that while both my parents were qualified, amazing teachers, it was my father who was “called” and my mother was expected to follow.

I was silent as a youth, when a dear female friend studied theology at Avondale, even though they knew full well that there was no place for her in the ministry.

I was silent as a church employee as I saw that men dominate even the non-pastoral roles in our organisation.

I was silent as I watched my daughters turn away from the Adventist church—one to embrace pentecostalism for its inclusivity; the other in disgust. Her response to the San Antonio vote: “How can that even be legal?” What answer could I give her?

I was silent while I hoped. Waited. Believed. Believed that the times were changing, that it was only a matter of patience and celebrating the small steps as they happened. And for a time, they did. We began to “commission” women pastors. Not a big enough step, but it was a step. It was a sign that we were moving forward; that we were starting to live up to our own Fundamental Beliefs, that “we are all equal in Christ.” I was confident that as a church we were moving in the right direction, so I didn’t need to say anything—I could just go along for the ride.

It was during the San Antonio GC that the disillusionment first set in. I had been so confident, so sure that my church leaders would stand up for me and for Adventist women in the Australian Union Conference. I was sure that, even if the vote didn’t go our way, we would be represented. That someone would speak for us—that you would speak for us. You did not.

The scales began to fall off my eyes. More and more I began to see the pain around me. I began to see the hurt experienced by young women who felt the call of God on their lives, only to face opposition. I began to see and understand how the insidious patriarchal substructure of religion underlies all manner of inequality and abuse of women; and how a truly equal society would bring healing and abundant life for both women and men. And I began to recognise the pain that my own heart felt, after a lifetime of being positioned and manipulated by my church, to think and feel like a lesser being. I began to see the small steps of progress we had made retrogressing.

Suddenly, words like “compliance” and “headship” and “public reprimand” were being hurled, like weapons—and even then I hoped that my church leaders would be Daniels. That you would make a stand. But you’re still silent, and the time has come when silence is betrayal.You have not had the courage to make the ultimate stand—the one that would get your name on a list for “public reprimand.”

There were four brave European conferences and two American conferences whose leaders stood up. Who had the courage to defend their conscience. I desperately wanted to see the words “Australian Union Conference” on that list. To know that my church leaders really did care about the 57% of their members who trusted them to lead with grace and integrity.

I felt personally betrayed, and betrayed on the behalf of my church.

Please just answer this one simple question: When will the Australian Union Conference make a stand for equality, recognising that we are all one in Christ, and ordain women to the ministry?

I ask this with true love in my heart for God’s church, 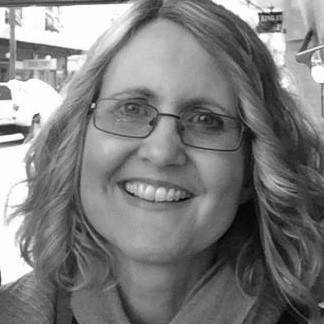 Neroli Dobson is a 4th-generation Adventist who grew up in the mission field and worked for many years in Adventist schools. She currently teaches secondary English and history for a Christian homeschooling organization. She lives on Australia’s Sunshine Coast, has three adult children and a granddaughter, who, she says, “I dearly hope and pray will grow up knowing she is valued and treasured as a child of God.” Neroli sent this letter directly to pastors and church leaders, before making it public.