I am a news junky—a condition I developed late in life. The irony of this is painful. When I was young, I held the hope that I could effect change, that life wasn’t moving so fast that I couldn’t eventually figure out how to make that change. But I never bothered to try. Life pressures a teenager in other ways: new clothes, attractive, smart young men, irascible parents. English and algebra took my attentions, not political unrest, inner city breakdowns, or presidential elections. I could do something about the clothes and the exams; I could do little about politics.

While part of my family, most of whom were first generation European immigrants, were wringing their hands about Joe McCarthy and Sputnik, the other half, who were second generation Adventists, were in a cold sweat about the possibility of a papist president. This was a sign of End Times but all we could do was hunker down with The Great Controversy and keep track. Jesus was coming soon. Leave this all in the hands of God and church leadership. Meanwhile: Keep your skirts below your knees and do your homework. At home in New York, away from an SDA academy campus, I escaped through books and foreign films (the library and local art cinema had better air-conditioning than we had at home).

I had to go to college to learn how to agitate for something that mattered to me. I am a child of the sixties, and college introduced the notion of legitimate rebellion, action in the cause of right-doing. Most of our “rebellion” was local, though. While some of my non-Adventist friends traveled South—the Red Diaper Babies of the late early sixties—those of us at campuses like Andrews and AUC caused a ruckus about insufficient student involvement in campus policies, about the opacity of school administration’s decisions, about who really was in charge. At that time, we believed that the people making decisions for us were our professors, deans and college president. Those attempts, the sit-ins and underground newspapers, ended in expulsions, threats of expulsions, and a general lockdown by school management. We might have been thinking nationally, but we were acting locally, and local powers shut us down.

We went off to graduate school and put the whole thing behind us, some of us with a sense of disappointment and defeat, some with a renewed sense of the need for and possibility of change—surely, reason and wisdom would do the trick. But then, we got busy with other things: new cars, attractive and clever children, annoying church administrators who were more like mosquitoes than deans, and who couldn’t expel us from anything. A generation of Adventist professors and theologians studied and practiced the notion of Present Truth and peacefully agitated for change through enlightenment. But that ended badly, too.

Those End Signs are still here. We endure wars and rumors of wars, our cities are imploding, myriad diseases seem to be rampant, when all my parents had to worry about was polio. Natural disasters dominate the news, death and destruction, not from the soviet bloc, but from God knows where, could come at any moment. And the pope has become a model of Christian behavior.

“Plus ça change,” as a character would say in one of those art films I escaped to years ago. Here we are.

Except that now, I’m watching the news obsessively. I read the New York Times daily and have news alerts sent to my watch. I check Facebook so see what my friends have been reading or publishing and what issues they are weighing in on; I tweet; NPR provides the background to my comings and goings. But still I don’t do anything about any of it. I’m old and I have a lumbar challenge, but I am not too old to march, to sit-in (well, my back . . . ), to write letters to my local and national representatives, to hand out pamphlets, make phone calls on behalf of the causes I believe in. I recycle, now, am more or less vegan, I keep my energy consumption as low as possible, I rescue kittens. But I rarely do anything significant. I’m tired. Also: I wonder what effect I could have in the long run.

I sat and graded papers to the Republican National Convention this week, just as I did a year ago when the General Conference of Seventh-day Adventists sessions were taking place in San Antonio. I watched the GC meetings mostly because I was hoping to hear and see friends and family who had trekked down there, to listen for some well-regarded college and church administrators who might have said something interesting or useful, and maybe to spot a former student, or two. Of course, I was curious about the effect that those well-educated theologians and sociologists I had put my faith in might have had on church policy. We know how that ended.

The RNC convention suffered from scheduling and electronic glitches, as did the meetings in San Antonio. Both are suspect. Both sets of constituencies are terrified of change they don’t understand, they can’t affect, and which might put the wrong people in charge. In both series of sessions, crowds also became rude and rambunctious. And in the end the message of us versus them prevailed: it’s not who we are, it’s who we must defeat. “The nation is falling to pieces, your life is at stake at any moment, trust me, and I will fix this.” San Antonio’s parade of outdated indigenous costumes claiming distinct national identities did not convince me that we were all on the same page. The overarching message: “We have to agree. We cannot allow for disunity or… ” Or? Or what? The Republicans have a gripe against the economic and foreign policies of opposing political party—but who was the opposition presented at San Antonio? Americans have been struggling with economic policy since Alexander Hamilton; the denomination has been struggling with management policies since 1860. But what was at stake, in 2015? The church first addressed the issue of ordaining or licensing women since it came up in 1881. We have been arguing over this, now, for over a hundred and thirty years with no resolution. Not really.

Most American people have managed to accept the salad metaphor for our citizenry in favor of the melting pot my grandparents were willing to accept. The people I saw and heard in Cleveland did not seem to be able to do that. Neither do many in the Adventist church. No one has been able to tell me who wins and imposes on us horrific policies if we allow for differences? Why did we invest thirty years of our theologian’s time arguing over this as though it were the international monetary fund, or NATO, neither of which really make much of a difference in my daily life? I imagine that church leadership and theologians have made theological “mistakes” sometimes during these last hundred and fifty years, although I don’t know what they look like or how they affect the nuts and bolts of my life. I might as well give my interests to my granddaughter, my local farm stands and clothes that fit an aging body without binding.

As was the case in Cleveland the organizers of the San Antonio meetings went through the motions of giving delegates a voice, however pre-determined the ultimate vote might have been. And along the way, we witnessed one of those indicative moments when former GC president Jan Paulsen and former LSU president Larry Geraty stood at the microphone and were either booed out of my hearing, or cut off in mid-paragraph. Their dignity did not suffer because it is not derived from church management, any more than mine is—if I took to heart every silly statement church leaders make, I would not be able to go outside without embarrassment. But like the organizers of the RNC convention, management allowed rabble and disrespect. I have little excuse for not writing letters to my Governmental representatives, but at those moments, watching the GC meetings reminded me that I have no such outlet or recourse in the church, which, by what I had been taught is, at heart, a democratic organization—we are a product of 19th century American sensibilities.

This week’s RNC convention was rife with tensions that come from an obsessive need to be on the same page, to present a unified front, even at the cost of grand, ultimate divisiveness and potential demagoguery. Again, this took me back to 2015. If we don’t unite against the Democrats, the Republicans say, no matter how loathsome our agent, we will be defeated by someone who Ben Carson compared to Lucifer himself. That’s a serious consequence. What were the consequences for the Seventh-day Adventist church had we allowed for cultural distinctiveness? Anything so horrifying as a Lucifer crony in the White House?

In the aftermath of San Antonio, thinking people did what they had to do, unrestrained by management’s highest levels. That’s the way mature people act. The techniques of passive resistance I learned about in the sixties still work. The job is getting done. And Emerson, that 19th century American believer in democracy and whose writings affected almost every other writer at that time, comes to mind: “A foolish consistency is the hobgoblin of little minds.”

I need to turn the news off, now, and write some letters … 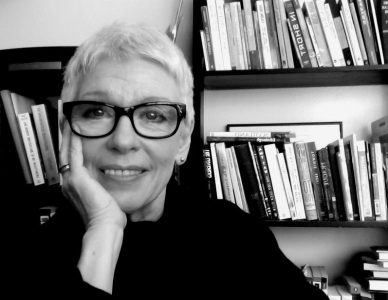 Winona Winkler Wendth is an alumna of Atlantic Union College, and a writer and editor who lives in Massachusetts. She also teaches humanities classes at Quinsigamond Community College and is a founder and director of the Seven Bridge Writers’ Collaborative. She and her spouse have lived and worked at five Adventist college campuses, survived raising two daughters, and are responsible for two dependent cats.

News Briefs for July 22, 2016 A Challenge to Think Beyond