A Look Back at the Theology of Ordination Study Committee

From 2012 to 2014 I had the privilege of participating in the Theology of Ordination Study Committee (TOSC), along with a little over 100 others, who met to hear papers and discuss the theology of ordination. Although the focus was on the broad issue of ordination, it didn’t take long into the first meeting for the issue of the ordination of women to take center stage in the minds of most of the delegates. The committee met four times over a two-year period. All of the papers presented are available on the Adventist Archives website, along with a summary of each of the three positions that were ultimately presented and the results of the final straw poll that was taken on the last day.

When I say that it was a privilege to be part of TOSC, and I mean it sincerely. I benefited from hearing the various presentations and I thoroughly enjoyed the fellowship. As we ate together, I got to know many of the other delegates, and had times of conversation, fellowship and prayer with new friends, some of whom held positions very different from my own. It was a wonderfully memorable experience.

I have been disappointed, however, at the way the results of TOSC have since been reported. For example, in the October 8, 2018, issue of Adventist News Network, an article appeared titled, “Questions regarding the Seventh-day Adventist Church and its leadership.” One of the questions was, “In 2015 the General Conference Session voted against allowing regions of the world to choose whether to ordain women to the gospel ministry. Were the full reports from the Theology of Ordination Study Committee (TOSC) made available to delegates and members before the 2015 General Conference Session?”

The answer points out several elements that are clearly true. TOSC was a study committee, not an administrative committee, and all the materials and positions are readily available on the Adventist Archives website.

The final part of the response to the question, however, leaves a bit to be desired. Here is what it says:

It should be remembered that TOSC was a study committee only, with no administrative authority, nor was it representative of the world field. Its purpose was to study the topic of ordination and to make its findings known to the larger church. As a study committee, they were tasked to research and submit reports only.

As such, the straw poll taken by the chair did not constitute any official vote. The results indicated the committee was quite evenly divided among the three positions. While some have tried to read that “vote” as favoring the ordination of women, others point out that a similarly sizeable majority recognized male leadership as the ideal biblical model for God’s people.

Here is where I begin to feel discomfort.

It is true that on the very first day of our first meeting we were plainly told that our purpose was to study and present a report. As a study committee, and not an administrative committee, we would not be making a decision. Administrative and legislative bodies would decide the issue of women’s ordination. We would only study the issue and share the findings of our study.

We were also told that we would not be voting, but would attempt to achieve consensus rather than vote. I found that confusing, and wondered how consensus is determined in a group of 106 delegates without voting. When I asked that question I never received what I considered a clear answer.

Yet the statement that the “straw poll” taken at the end was evenly divided over three positions, while technically true, is misleading. It leaves the impression that no clear mandate came from the study committee. Yet when you look at the three positions and examine the vote, it is quite clear that the majority of the group was in favor of allowing the ordination of women in those areas where it is appropriate and would further the mission of the church.

To understand this, we need to review the three positions that came from the TOSC study and discussion. You can go to the archives and read each one, as I will only give a brief summary here.

Position one holds that the Bible forbids the ordination of women as pastors and even as local church elders. In Clinton Wahlen’s summary of this first view at the 2014 Annual Council he states that the church should:

In other words, this view would change current church policy by forbidding the ordination of women as local elders and the commissioning of women as pastors.

Position two holds that there is no biblical mandate to forbid the ordination of women as local elders or ministers, and that biblical principles move in the direction of equality and priesthood of all believers. It does not, however, hold that any area of the world should be forced to ordain women; rather, the church should allow entities to move ahead with the ordination where appropriate.

Position three differs from position two in stating that while there is a biblical principle of male leadership, the church should move ahead with the ordination of women to the gospel ministry where appropriate. Both of these beliefs are clear in the following statement of this view given to the 2014 Annual Council.

This proposal does three things:

The Rest of the Story

Here is where the Adventist News Network article fails to tell the whole story. Position three clearly says that the church should allow for the ordination of women in territories where appropriate. Thus to see what portion of the committee would allow for the ordination of women, the straw poll votes for both position two and three should be combined. (The vote is a bit confusing because delegates could vote their first, second, and third choice. Some did that, while others only voted for their first choice. Therefore it makes most sense to look only at first choices.)

The straw poll came out this way:

If you add together votes for positions two and three, both of which would allow freedom for a territory to ordain women, sixty-two of ninety-four first place votes (66%) affirmed that in appropriate areas the church should move ahead with the ordination of women. A vote with this margin would generally be considered decisive. Therefore to say, as the Adventist News Network article does, that “some tried to read that ‘vote’ as favoring the ordination of women,” is misleading. In addition, when it was said at the 2015 session that TOSC failed to reach a consensus, this is true only if unanimity qualifies as a consensus.

It was interesting to see how quickly after that official backpedaling on the straw poll began. What we have heard from the GC:

Although the TOSC experience provided intellectual stimulation and enjoyable fellowship, it is hard not to wonder if the church’s expenditure was worth it, given that the 66% majority who favored the ordination of women has been ignored ever since the committee finished its work. 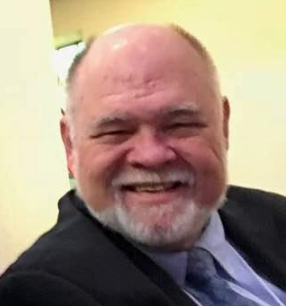 Dr. John Brunt is a retired teacher and pastor, currently pastoring part time in the Washington Conference at the Edmonds church.