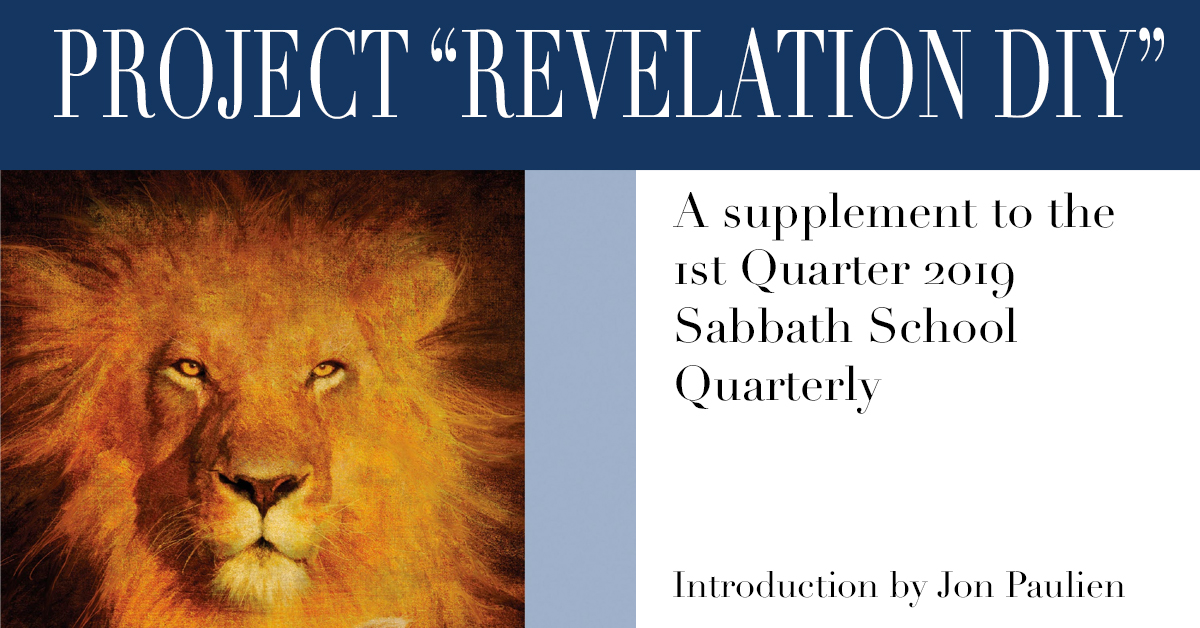 A friend of mine, Werner E. Lange, has started a very interesting project in relation to the Sabbath School Lessons for the next quarter. He is the retired book-editor of the German Adventist Publishing House and has edited several of my books.

I am excited about his project called “Revelation DIY” (Do It Yourself). The aim is not to present a verse-by-verse interpretation of Revelation or a different study guide, but rather to show church members an approach whereby they can discover themselves the meaning of the visions and judge whether a given interpretation does justice to the text and its context. His goal is for church members to be less dependent on pastors, books or study guides, and more on the Word of God itself. He contends that Revelation is easier to understand than many people think—provided that we approach it with the appropriate tools for its interpretation. The principles he uses are based on my book The Deep Things of God, which is still available.

His elaborations are published in both German and English on the website of the Hansa-Conference of Seventh-day Adventists. The first (PDF Revelation DIY1) concerns hints on the interpretation in the introduction of the Revelation, the second (DIY 0) describes specific principles for its interpretation, focusing especially on how to detect and apply the allusions to the Old Testament.

You can also get his elaborations with hints on the interpretational approach for the chapters in Revelation which are the topic of the Sabbath School lesson for that week. There he will also show dead ends in interpretation and give some explanations of the text. The one on Rev 1:10–20 is already available, too (the others are published week by week). You can access them all in .pdf form here.

I am personally very curious about his suggestions for interpretation. Some years ago he translated and heavily revised (with my approval) my Facebook comments on Revelation 12–14 and put them into book form. From the detailed discussions we had, I know that he is a careful and thorough Bible student and has internalized my principles for the interpretation of Revelation. He would remind me when I hadn’t followed my own rules and challenged some of my interpretations (often with success).

I would love to see more open discussion about Adventist interpretations of Revelation. Ellen White encourages us to study the book thoroughly, even claiming that we haven’t understood it well enough (see the quotations at the end of PDF DIY 0). And Jesus promises a special blessing for those who read Revelation and heed what they have learned (Rev 1:3). So let’s study it anew and with an open mind. We just might be surprised at what we learn.

Jon Paulien is Dean of the School of Religion at Loma Linda University in California.