Religion: Talk About It Less, and Practice It More.

When my train arrived at the Poona railway station, it was almost 7:00 A.M. I came out of the station to hire an autorickshaw to take me to the mission guest house at Salisbury Park, when a large billboard caught my attention. “Religion:” it said. “Talk about it less, and practice it more.”

Later I was reading the story of Paul and Silas in prison in the 16th chapter of Acts. I came to the question the jailer asked in verse 30: “Sirs, what must I do to be saved?” I wondered: what did Paul and Silas do that prompted him to ask this question? There is no record that they gave him a comprehensive Bible study. It doesn’t say that they had preached him a sermon. Then what was it?

Then I recalled the words written on the billboard at Poona railway station. Yes, it was true: instead of talking about religion Paul and Silas practiced Christianity—in a very adverse situation.

So I ask again, what did the jailer see or hear that prompted him to ask Paul such an important question, and that finally led his family to accept Jesus as their personal Savior? It wasn’t just words, but the character Paul and Silas displayed.

If we practice what we preach, our life is a living witness to the billions of people around us. I don’t know who said it, but I like this quote: “Life is a sermon. Preach it carefully.”

Jailers would have seen all sorts of prisoners coming in and going out of the jail. Some of those prisoners would have used abusive language to vent their pain and agony, and foul invective against the people who put them in prison.

But in this story, the jailer meets some peculiar prisoners who did nothing of that sort. Paul and Silas were beaten with rods. Their clothes were torn off. They were thrown into a filthy prison cell, their feet fastened in stocks. They had every reason to swear and curse. But to the jailers’ surprise, they heard from Paul and Silas no mourning, murmuring, or complaining. They did not curse the judges who ordered them to be beaten up and jailed.

Sometimes we act as though we are unable to bear the slightest uncomfortable situation. We complain and we murmur, or even shout or yell.

One day I was traveling in an overcrowded train—and you who haven’t traveled in India probably can’t even imagine how crowded a train here can be!  I had captured only a small space to stand not far from the door. The atmosphere was suffocating. I desperately wanted to stick my head out of the door to breathe some fresh air, but a man standing much closer than me to the door would not allow me to. He began loudly scolding me for trying to get to the door, and then tried to push me further inside the train.

I felt like shouting at him because I was so uncomfortable, but I managed to stand there without uttering a word.

At that moment another person standing next to me recognized me and greeted me as “Pastor.” He continued, “I like your sermons very much when you come once in a quarter to our church to preach. Not only me, but many of the other members also have said that your sermons are good. We are really blessed by your sermons.”

I then realized who was addressing me. About once every quarter, whenever a fifth Sunday happens, I would preach at a local Anglican church to give the Anglican clergyman a break from the pulpit. This man on the train was from that Anglican church! At that moment, I realized how foolish it would have been if I had shouted back or used some foul language at the selfish man who had pushed me away from the door. My sermons at that Anglican church would have been in vain because of the impression I would have made on the Anglican member who liked my sermons. In short, I would not have glorified Christ.

In the story of Paul and Silas, the jailers saw a real Christian who lived by the principles of Christ. That’s what I strive to be, too, as a Christian among a billion Hindus.

Paul personally practiced what he wrote to the believers in Rome: “Be joyful in hope, patient in affliction, faithful in prayer.” Romans 12:12.

But at midnight Paul and Silas were praying and singing hymns to God, and the prisoners were listening to them. Acts 16:25.

Undoubtedly Paul and Silas had unwashed and open wounds all over their bodies. They would have been in pain and agony, because the story says they had been beaten with rods (Acts 16:22). Yet they were singing and praying. Who on earth would sing and pray in this kind of a situation! Paul and Silas did.

Everyone heard Paul and Silas that night. This would have surprised them: what unusual prisoners, beaten nearly to death and still singing and praying! Their courage and patience, shown in their songs and prayers, would have impressed both other prisoners and jailers.

Maybe Paul and Silas used singing and praying as a balm for their pain. I believe that singing and praying to God draws us close to Him, thus helping us to live through hard circumstances and forgive the people who harmed us. The spiritual courage that we get from it is contagious: it helps others, too. Others see a peculiar people filled with the perfect peace from the Prince of Peace. It is what God shows through us in courageous and peace-filled lives—not just our words—that leads people to Christ.

Here’s a question to ponder: What would you and I have done in these kinds of circumstances? How do we act in hard and painful circumstances? In such a way that people would admire our peace and courage?

Thinking of others before ourselves

The jailer woke up, and when he saw the prison doors open, he drew his sword and was about to kill himself because he thought the prisoners had escaped. But Paul shouted, “Don’t harm yourself! We are all here!” Acts 16:27-28.

It was all confusion and chaos in the jail. There was not enough light. When the head jailer saw the doors of the prison open, he thought to himself that all the prisoners would have escaped. In Roman times the punishment given to the keeper of a prison when a prisoner escaped was a death sentence (Acts 12:19), and he was about to preempt the punishment by taking his own life.

Even in that dim light, Paul could see what was happening. He quickly, with a loud voice, reassured the jailer. “We are all here,” he said.

Wouldn’t one expect that prisoners would run away when the chains were broken and the doors of the prison flung open? But these prisoners chose not to escape. When the jailer saw that Paul and Silas did not exploit the open doors, he was astonished. He called for a lamp, and then fell at the feet of Paul and Silas. Why? Because he saw Christians who were concerned about his well-being before their own!

The jailer had been observing the men of God from the beginning. He saw in them a people who were upright and honest, who wouldn’t put others in hot water for their own advantage.

While many people in this world are dishonest and do not follow any ethics of helping others, God wants us to show the world that we are a peculiar people who are honest in everything we do or say. This kind of a life would influence many to the kingdom of God.

Ellen White is basically in agreement with Gandhi:

Your influence reaches the soul; you touch not a wire but that vibrates back to God. You have a personal influence; your words, your actions, leave their trace on other minds. It is your duty to be Christians in the highest sense of the word—“Christlike.” It is through the unseen lines that attract you to other minds with which you are brought in contact that may, if you are in constant connection with God, leave impressions that will make you a savor of life unto life. Otherwise, if you are selfish, if you are self-exalted, if you are worldly minded, no matter what your position, no matter what your experience has been, or how much you know, if you are not having the law of kindness on your lips, [the] sweet fragrance of love springing from your heart, you can do nothing as it ought to be done. (Letters and Manuscripts, Letter 37, 1891)

I say again: people do not see much of a difference between what we preach and what we actually do. They will be most impressed by genuine, practicing followers of Christ.

Too often we have talked, but have failed to show Christ to people. Each of us is called to be a living witness, to influence others for the kingdom of God, not just in words but by our lives.

Let us fulfill this desire of God and lead people to the saving knowledge of Jesus Christ the Savior. 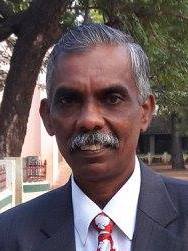 Rajaratnam Jones is a retired pastor and teacher in Tamil Nadu, India. He attended Spicer College and served the church until his retirement in 2013. He now works as a volunteer helping needy children and families.

To discuss this piece, click/tap here.