Praying for (What We’ve Already Decided Is) God’s Will

The events at the 2017 Annual Council in response to a few unions continuing to ordain women shouldn’t have surprised anyone. Nor should the subsequent actions of the problematic Unity Oversight Committee. Hierarchical organizations will always make sure the top of the hierarchy gets the last word. But that’s normal, and I’m not sure why anyone would have expected anything else. Neither should we be surprised at the steady magnetic draw that these leaders have toward the least adventurous option, nor their reluctance to trust fully a democratic system. We must expect that, too. In a large, sprawling organization like the church, leadership seems less about consensus-seeking or win-win solutions than keeping things from flying out of control.

There is a spiritual issue here that needs to be addressed, though, and it has to do with prayer. I have often taken part in prayer in governance meetings, from local churches to upper leadership meetings. I have not always felt it was used appropriately.

I was once in a meeting where the conference president in the chair wanted to take a certain action that wasn’t popular with his committee. He made his case—though not very logically, I thought, for much of it was about how strongly he felt about the matter, and how long and sincerely he had prayed about it. He asked us all to pray with him on the spot, then he called for a vote. He lost. After a bit of scolding, he ordered us all to our knees again. If I remember correctly, we went to our knees thrice before enough people voted with him.

Is that what God intended us to do with prayer? To twist arms until leaders get their way? Here are four things to watch for when using prayer in church leadership.

First, prayer shouldn’t be used to prejudice decisions. The leaders having prayed about it doesn’t mean it’s a done deal. I remember years ago a conference officer phoned and told me I was going to be moved to a new church. I told him I’d pray about it. He snorted, “Well, you can pray all you want, but the committee has already prayed and decided it.” So if you’re praying, and I’m praying, and we have different views, whose prayers count? Nearly always, I’ve found, it’s those with the most organizational authority whose prayers “worked”. Once prayer gets entangled with human authority, it’s pretty hard to find God’s will.

Sometimes, pre-prayer is the pretext for secrecy. This is a kind of special pleading that committees and constituents don’t need all the information about what we’ve decided or why we decided it, because we’ve prayed about it.

Second, prayer can be intended to weaken rather than sharpen debate and democratic decision-making. When I say debate should be sharp, I don’t mean angry: there’s nothing to be gained by ranting and raving through meetings. But prayer and soft hymns can shift the mood from logic to sentiment, and breed individual self-doubt over against the leaders’ confidence. It creates an ambiance where it seems sinful to discuss, much less to disagree or vote against, the chair’s proposal. That’s an abdication of good process.

Iron sharpens iron. Leaders need others to help them make decisions, even if they don’t want it.

Third, I’ve too seldom seen prayer used in governance as a way to find out what God wants. Jesus’ prayer was that “Thy will be done,” which suggests a radical openness to God’s leading. Ideally, prayer should open minds and hearts to many options—even options we’ve not thought of before.

Let’s assume for a moment that, in spite of the Vatican-like overtones of the claim, the General Conference really is God’s highest authority on earth. (There’s an argument to be made that Ellen White later reversed that opinion, or at least made it situational.) The passage doesn’t say that the GC president, or his leadership team, has that authority, but the entire body. That would argue for leaders coming to the meeting completely open to wherever God wants to lead. Strong opinions, even if crafted with a few praying colleagues, would have no place there. The group should not be prejudiced in any way if they’re to hear God’s voice.

Fourth, praying seems to place a stamp of blessing on whatever was decided, whether it was a good decision or a poor one. No matter how unsatisfactory the decision turns out to be, everyone can say, “We prayed over it, and that makes it right.” No, it doesn’t. Not if the process wasn’t fair. Not if dissenters weren’t heard. Not if common sense and good judgment weren’t employed. Not if we don’t learn anything from our mistakes. And that’s true even if the decision-making body is the General Conference. It doesn’t take much digging into church history to see that that organization has made mistakes, too.

I argue only that we mustn’t use prayer as a way to manipulate people. The third commandment isn’t about cursing. It’s about using God’s name as a means to an end. I once refused to pray with a man who was in the process of emotionally disemboweling me and stringing my innards between the church chandeliers. He was shocked and offended, and took it as evidence of my poor Christianity. Just the opposite: it was because of my respect for God and for our communication with Him that I refused. It seemed the greatest misuse of prayer to bless his unChristian behavior.

Praying with individuals in need, praying in worship, or praying for one another, strengthens my faith. Praying in governance settings has often had the opposite effect. I admit that nothing has made me as suspicious of a leader’s suggestion to pray as the way I’ve seen it used in transacting church business. Perhaps we ought to be reluctant to pray at all in such meetings until we see whether we’re really in the correct spiritual frame of mind to do it properly.

Adventist Today is an independent publication that aims to facilitate conversations about matters that are important to Seventh-day Adventists. We are reader-supported. If you appreciate Adventist Today, please become an Adventist Today member at this web page! 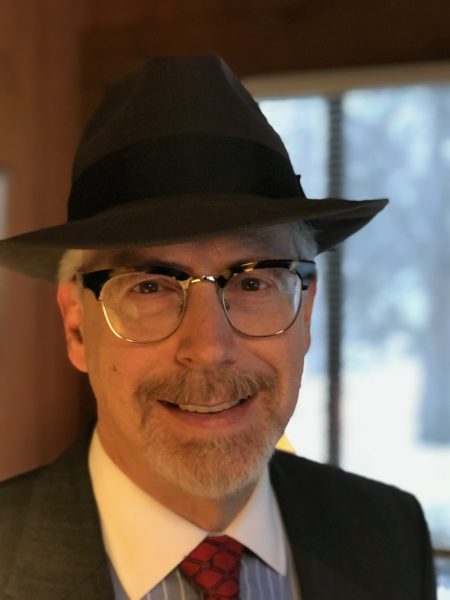 Loren Seibold is a pastor in Ohio and the Executive Editor of Adventist Today. A version of this essay was previously published on the Spectrum magazine web site.

Hymn #369: “Getting Up a Creed” World’s Smallest Pacemaker Implanted at Sydney Adventist Hospital