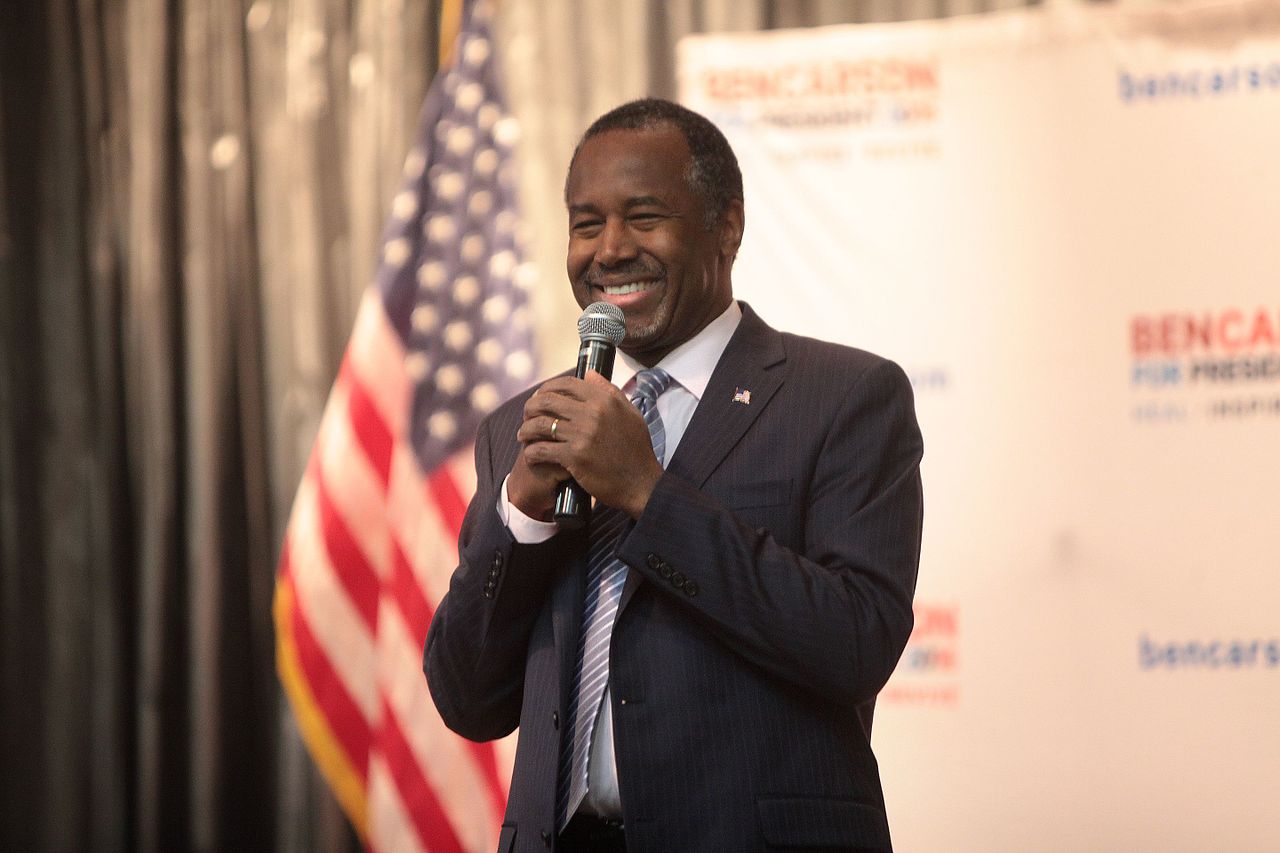 March 3, 2017:     Dr. Benjamin Carson is the first Adventist to serve as a cabinet official in the United States government. Yesterday, his nomination was confirmed by the Senate and later in the day he was sworn in as Secretary of Housing and Urban Development (HUD).

Of all the cabinet officials appointed by the new U.S. President Donald Trump, Carson has had the widest support across party lines. The Senate committee that examined him voted unanimously to support his confirmation, and in the final vote of the entire Senate, seven opposition Senators joined the 51 members of the Republican Party in voting for Carson.

Carson is a retired brain surgeon and an active member of the Seventh-day Adventist Church. He was the only African-American candidates to run against Trump in the primary elections last year.

Born in poverty in Detroit, Carson has written two books about his life story. His mother was a devout Adventist and his experience in the church as a child helped him to qualify for a scholarship to Yale University from which he got into medical school at the University of Michigan.

In his early 30s, Carson became chief of pediatric surgery at the Johns Hopkins University Medical Center in Baltimore. In 1987 he became known worldwide because of his pioneering surgery to separate twins joined at the back of the head. In 2013, he became a favorite of Republicans when he spoke at the National Prayer Breakfast, criticizing government policies with then President Barack Obama sitting a few feet away.

Adventist themes came through in his remarks to the Senate committee that interviewed him. He told the Senators that he wanted to develop a “wholistic approach” to helping the poor, focusing on “developing the whole person.” But he gave few details, although he stated that the rental assistance which HUD provides is “essential” to millions of Americans and that he would like to have more partnerships with the private sector and religious anti-poverty organizations.

Carson is 65 years of age and has no prior experience in the administration of large organizations nor urban development policy. He is now head of an agency with a budget of $47 billion a year and 8,300 staff. He combats homelessness with rental vouchers for low-income families and mortgage insurance that helps poor families buy homes.

A video of Carson being sworn in can be seen here.